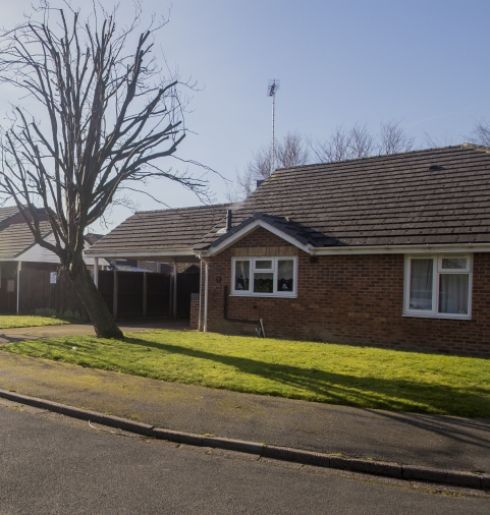 The location of the War Memorial Village Derby was decided by the then Derby Borough Council who donated land South West of Derby for the development of the village. At the time this was in an area that was on the fringe of Derby.

When the plans were drawn up it was very much the mentality of the post-war spirit that most properties had enough land to grow their own vegetables and many had chicken coops. Consequently, today, many have extremely large gardens.

Some of these gardens have been turned into communal gardens, to ease the problem of maintenance, with plans in place to change others where possible in the same manner.

The properties are all within easy distance of the major shopping centre at Allenton, Derby, with access to all major supermarkets. In addition, the village is on a main bus route providing easy access to Derby City centre.

"I have lived on the village for 17 years and the WMVD has always been a safe and secure place to live, the Trustee's
and social services have helped my husband who has dementia by converting my garage to a ground floor bedroom and wet room allowing him to live at home rather than being in care."

A band of brothers and sisters

Until recent times, it would be fair to say, almost everyone who lived in the village was a member of the Royal British Legion Allenton, a major influence on the lives of the many veterans who met with their colleagues and friends, sharing stories and experiences with those that could understand what they had been through in WW2, truly, a band of brothers and sisters.

They had fishing clubs, bowling clubs, football clubs cricket teams, snooker clubs, darts teams, gardening clubs, all very fiercely competitive but all very close friends. Outings were arranged and paid for by the membership of the Legion. They looked after each other, if someone was poorly, you got a visit and a food parcel (or a bottle of something to warm you up).

Sadly, with the passing of time, most of the WW2 veterans have now passed on. Only a handful remain and with their passing, the local Royal British Legion club has closed. In its place the Victory Club has opened and most of the tenants of the village frequent it often.  Only ghosts' heroes sit in the corners, telling their tales as only they could to each other.

Individual stories are many, but are still painful to relate to surviving families, so they will have to remain silent.

The village lives on, it still provides affordable homes for disabled military veterans and is flourishing. We are sure, that somewhere, the veterans are watching us with pride and saying, we used to live there.